According to BBC Introducing Fuzzy Jones “is a West Yorkshire legend!” But not only that, she is an award winning, independent artist who crafts powerful, playful protest songs for the 21st Century.

“Fuzzy’s voice is like something you heard in a dream, truly original.” Corinne Bailey Rae

“You can never have too much Fuzzy!” Beth Orton

“That was Fuzzy Jones, new and rather good!” Gideon Coe (BBC 6 Music)

So, that’s some cool stuff peeps have said and an award I received a little while ago, but here’s a little bit from me…

I am a grrrrl (she/her) who loves to sing, write songs and do gigs, but as you know, 2020 wasn’t really a year for doing much of these things! Finding myself a little out of work, I decided to develop my music production skills with the wonderful Ableton Live. Lockdown 2020 wasn’t so bad after all, as I produce my first self-produced EP – The Great Pause.

At the end of 2020 I had another opportunity, which was to leave the UK before the Brexit deadline on Dec 31st. My partner is French and well we thought move to another country, in a pandemic, why not?! I’m now based in Landes, in south west France, a place I call Hotel Landifornia. As a réfugié du Brexit, I have started a new life in this new land, knowing very little French, but feeling inspired. I spent January – April writing my new album, and May-June recording it. It’s out on Friday 6th August 2021 and I hope you’ll come and have a listen, wherever you are in the world.

I don’t particularly like labels and sometimes struggle to put my music in a specific genre. But here are a few of the artists who have inspired me – David Bowie, Serge Gainsbourg, Goldfrapp, Billie Holiday, St Vincent, Joni Mitchell, The Beatles.

You can also now…

Just a little donation makes a huge difference to us indie artists. Thanks again for your support!

Fuzzy’s EP – The Great Pause is a playfully political cosmic folk pop treat for your ears! Hear the birth of her new ‘Electro-Glam-Folk’ sound – inspired by Lockdown 2020. Written, recorded and produced in Fuzzy’s makeshift home sofa-studio, in Leeds. This unique self-produced piece marks a strange moment in time; a way of processing a crisis; of feeling a little less helpless – a 21st century cry! Hopefully it will bring you some calm in the chaos. 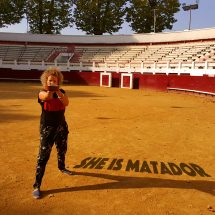 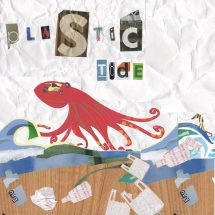 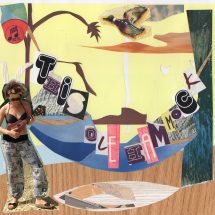 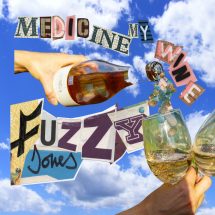 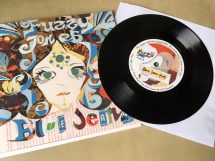 All releases are available on Spotify, iTunes, Deezer and other online platforms.

She’s currently writing and illustrating a ukulele songbook for children and their parents, about climate change, mental health and LQBTQIA+ stuff.

‘Swans‘ won ‘Best Song’ at London Screenwriters’ Festival in February 2014. It was featured in the first crowdsourced feature film, 50 Kisses.

In 2007 I founded a band called Love of the Brave, with my former co-writer Neil Innes. We then went on to build an analogue studio in Leeds, which we named ATA (All Things Analogue). It’s now an ace record label run by Neil and Pete. Check out the link!

We housed vintage equipment from the 1960s and 1970s, plus an 1894 Beckstein piano, with no legs, which was rescued from a warehouse.

We built the studio on a shoe string and from this came our first set of studio recordings – a self-titled concept album, Love of the Brave. We recorded it on ex-Soviet Union microphones, discarded BBC tape and the same make and model of tape machine that ‘The White Album’ was recorded on. Wow!

In this sanctuary we wrote and recorded a catalogue of music ranging from Funk-Rock to Psychedelic Folk.

For more info on Love of the Brave go to Projects.

Thanks for dropping by. Enjoy the music!